And, I have proof of that in a medical study I have found and will discuss those findings further below.

But I would be doing myself and my readers an enormous disservice if I didn’t discuss what is wrong with this question structurally and why punctuation and proper English is important. You see, the question was originally written as:

So, I added the apostrophe and the “s” to make the question a bit more grammatically correct. Although, Google needs these questions to be precisely as they are asked in order to rank. However, the mere addition of the “’s” still can be construed in a funny way.

What People are Saying

This is how Sarah answered the same question,

What People Are Saying

I dug through Quora and found some interesting answers to this question, which was posted by an anonymous source. For instance, this first answer, I must add, is not the norm. Obviously, it was written by a male in a dominant and submissive relationship and thus doesn’t represent the average couple. Nevertheless, it’s important to see things from this perspective.

Anonymous has this to say,

“I would say some women do and i would say that some women might switch to prefer it. My wife and I met in high school and got married right after. Anyway, as i got older my body sort of had a rubber effect. I was 6’0″ tall, 180 lbs. wore a size 12 shoe, and my penis was 6 inches long and about 1.6 inches in diameter. As i became older my diet changed, i became very depressed and stressed out. Things were getting bad. When i finally came out of it i am now 29. I am 5’11″, 188 lbs., wear a size 11 shoe and my penis barely reaches 4.5 inches erect and 1.38 inches in diameter.”

“After several months she let me out of my cage and wanted to use my penis. I put it in her and began thrusting. She looked at me with no expression. The kissing, the love, the romance, and passion was all still there but she was unfazed by what was happening between her legs. We tried for several more days and still nothing. She put the cage back on me and we went back to toys. I get let out every now and then and if i do get allowed to penetrate her it is only anal. She consistently teases me with her vagina and have not been traditionally in it for a couple years. I have actually grown to enjoy it.”

This is what Alice said in regard to the question,

“Ok… So, I have a slight preference for… Ah-hem… Larger sizes, at least when it comes to toys. Point is, (penetrative) sex with a partner is not about size. Sure, the sensation is s lightly different, bus sex with a partner is interaction. The only time when I have had size-related problems with a partner is when a guy (who was not by far the smallest I have been in bed with) got a bout of insecurity and ended up being crap at penetration because of that. He left me unsatisfied because he was so unsure that he took the play out of penetration, not because he was smaller than one of my toys. He didn’t want me to play, all he wanted to do is show me that he could satisfy me with his penis only. Pity I do not come that way: not with men, not with toys. So, what size is really important when it comes to sex? Not the penis’s, the brain’s!” 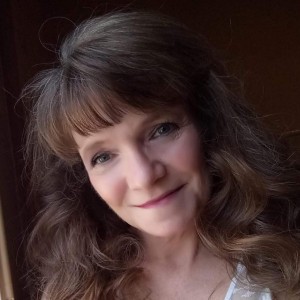